At 1421 hrs E63-1, E62-2, and Truck 63 were dispatched to the Continental Inn at 2285 Lincoln Highway East for a reported outbuilding fire, when Chief 63 went enroute LCWC advised they are receiving multiple calls for a pool house on fire, at this point Chief 63 requested 2 tankers to be added to the box. Chief 63 arrived shortly thereafter and reported a working fire in the storage portion of a large pool house and immediately requested the full Hotel building assignment to be sent. E63-1 and E62-2 arrived simultaneously and found heavy fire venting from the storage area in the back side of the structure and immediately put 2 hand lines into service and were quickly able to knock a large portion of the fire in the first 15 minutes. Truck 63 arrived and went to the roof to ventilate and E41-1 took a hand line into the pool area of the structure while the remainder of the crews assisted with various tasks. On the initial report LCWC reported that their may be large portions of chemicals in the affected area due to the hotel storing their pool cleaning agents in that part of the building, after the fire was knocked down it was determined that there was indeed high levels of chlorine in the atmosphere. HazMat 2 was on scene with multiple units and worked on detaining the chemicals while Companies 63, 62, and 41 remained on scene as well to extinguish any hotspots that were left once HazMat cleared the scene. Several EMS units assisted on the scene as well to evaluate everyone affected by the chlorine. 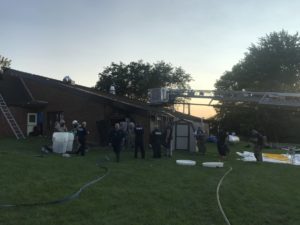 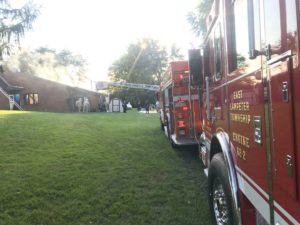 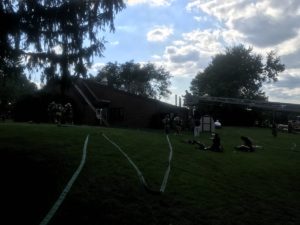 This message is only visible to site admins

PPCA Error: Due to Facebook API changes on September 4, 2020, it will no longer be possible to display a feed from a Facebook Page you are not an admin of. The Facebook feed below is not using a valid Access Token for this Facebook page and so will stop updating after this date.
Load more